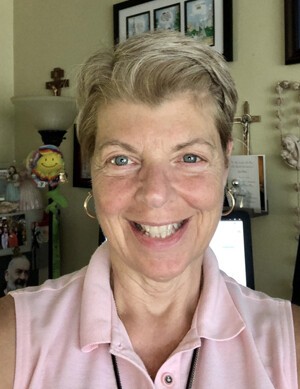 I have always struggled with my weight. Sometimes it is more like a wrestling match! Sometimes I would win and sometimes the food won. I was born on April 26th, 1965 healthy and normal. During my grade school years, I wore huskies and during high school, I was in a size 12. My nickname was thunder thighs. I look back now and was grateful that I was on swim team, cross county and marching band. I would have been larger if I was not so active. I was married on September 7th, 1985 at 232 pounds and on my first anniversary, I weighed 264 pounds. I was jolted into reality when my orthopedic doctor told me, to my face, I was fat and if I didn’t lose weight my knees would need to be replaced by the time I was 40. This is the exact moment I went on a diet. Just a side note. I did not lose the weight because he told me I would need knee replacements. I was shocked by it because no one had called me fat. The sound of that word still echoes in my ears! But, I am thankful he said something now. I lost 132 pounds the third year of my marriage and kept it off until my first child was born. On July 31st, 1992 I gave birth at 232 pounds. I lost the weight in 8 months! Life was great! I became pregnant and gave birth to Dominick on March 20th, 1996 at 192 pounds. I started to lose the weight then on July 26th my Dominick passed away. I ate myself up sixty pounds. I lost all the weight by July of 1999. Since 1986 I had been working with women, like myself, who struggle with weight. I have been where you are and I know where you are going. Let me help you on your journey. I know what to do to help you, yes you, be successful!

I have tried other weight loss programs with no luck in losing weight. I was not sure if I would ever lose weight. I joined Mind Body & Soul Fitness and not only am I losing weight it has changed my life for the better. My health has improved in just 3 weeks being on plan and I am eating healthier too. I highly recommend Mind Body & Soul Fitness over other weight loss programs.

I love how my coach made me accountable for everything. I lost a lot of weight and following the plan was very easy. Lesia was wonderful during my whole ordeal! This has changed my whole outlook on life. I’m now exercising and eating right. I visit local farmers markets and make more nutritious choices. Total loss is 50 pounds I recommend this plan to anyone that wants to lose weight. Better than any other plans I have tried. Thanks so much!